thank you for the unexpected

but today (well a couple of days ago now) one of those things lost on one of those back burners came back to say hello..i'm here!

context here: as hubby dearest was at the airport waiting for his flight when he noticed something that he had helped to make (he does all of the gluing for me but we can wait for this story another day).

there he was seeing moving across the large screen was art from the GNWT Micro Business SEED Program (Support for Entrepreneurs and Economic Development) funding.

context here: i know that one evening i had been called to the basement of the museum on a very cold and wintery day to have photos taken by the NWT Arts Council. so off i went with sprinkles on my cheeks and wearing my most favourite purple dress (i chose for the company an eggplant shade of purple, over time this colour has definitely toned down).

against a blaring white background i had pictures taken of me from front ways, side ways, pretending to hold something, actually holding something and then all the way down to my faerie going through the same flurry of shots here are 4 photos of us.

back to what hubby had found..

as my iPhone beeped telling me that i had a new message and there was me! me on the big screen (so to speak)!

context here: hubby was sending me picture after picture..and then i called to ask if they could be larger, be smaller, be sharper...

in the end i was amazed at the amazing job under the circumstances as from my understanding the photos were in an exchange style of transition so catching the different photos was quite the challenge.

so here you go, me, well at least Aurora of the Northern Line of Faeries on the big screen. 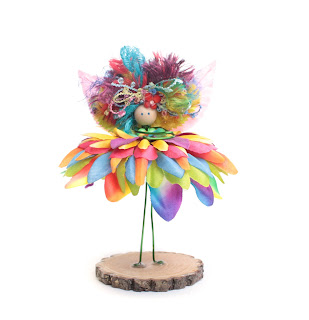 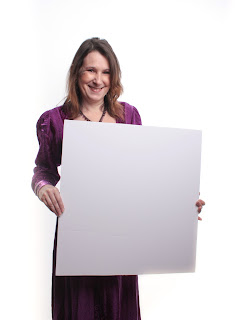 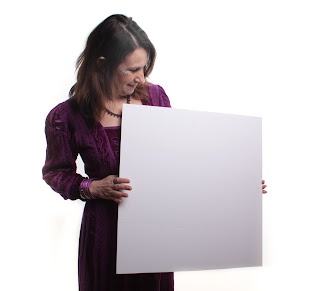 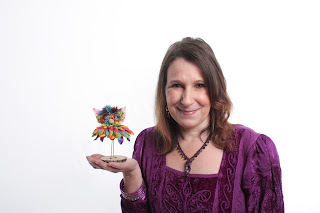 Posted by Faerie Nursery at 5:09 PM No comments: